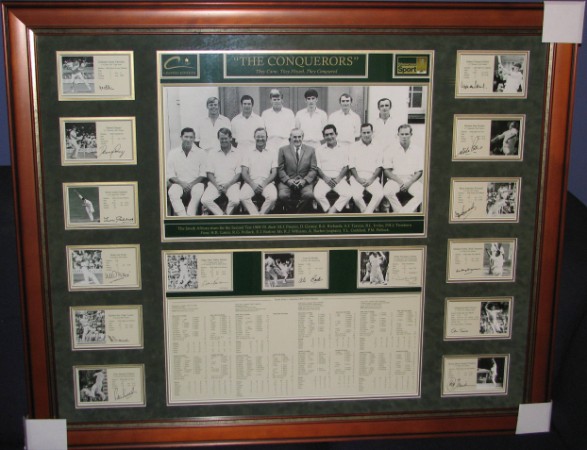 This is one of the finest piece of South African memorabilia ever produced. This piece has been produced to commemorate and recognize the greatest South African Cricket Team, namely the 1970 ‘Conquerors.’

The piece has been personally signed by all 13 surviving members of the team and has scanned copies of the signatures of Eddie Barlow and Denis Lindsay and is limited to 1500 world wide.

This team included greats like Barry Richards and Graeme Pollock.