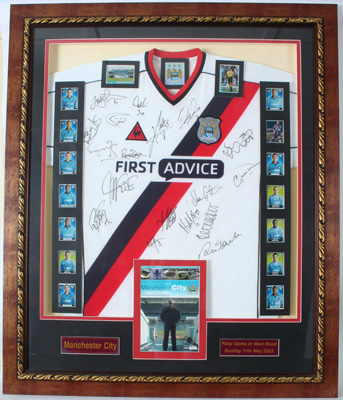 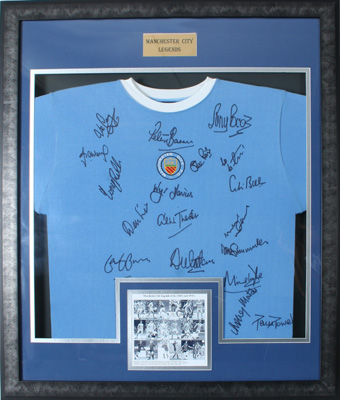 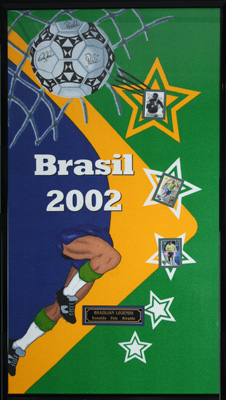 This towel has been handsigned by Pele, Ronaldo and Rivaldo. The signatures are clear and were collected in Japan at the time of the 2002 World Cup held there. The piece has been magnificently framed and includes a photograph of each player that signed the towel. 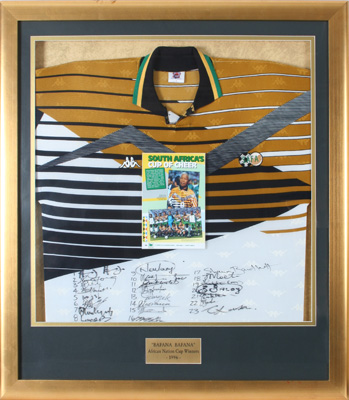 The framing compliments the jersey and would make a magnificent piece for the discerning Bafana Bafana supporter. 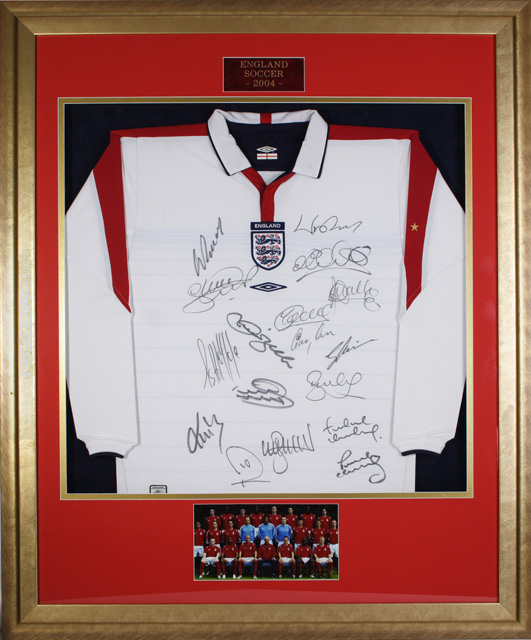 This is a signed and framed England Football jersey from the European Championships in 2004. The jersey has been signed by 17 players including, but not limited to David Beckham, Wayne Rooney, Frank Lampard, Rio Ferdinand, Paul Scholes, Michael Owen and Steven Gerrard.